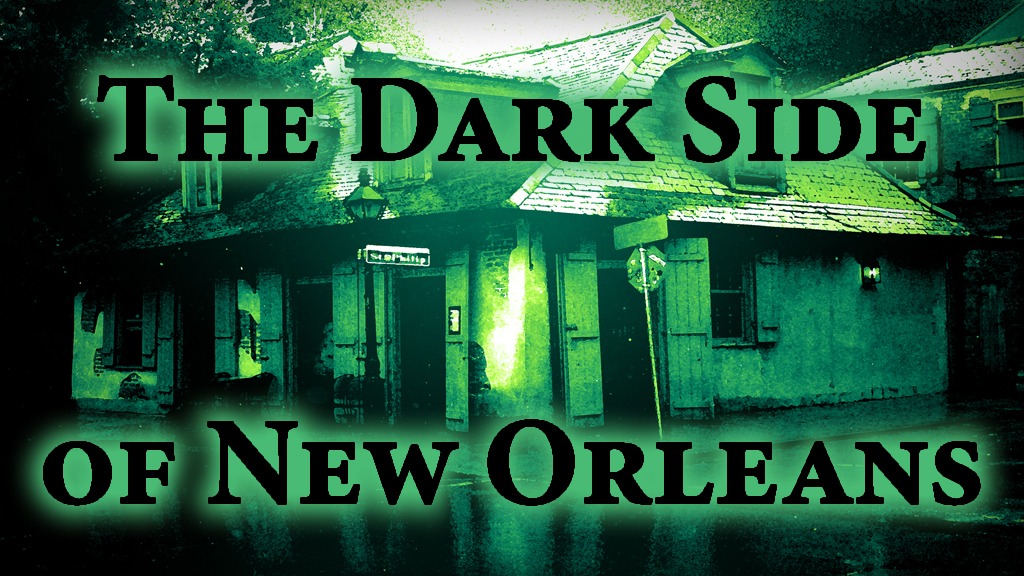 Hope you’ve had a stupendous week!

As for me and Dan, we’re both getting pretty excited about sharing the first round of digital rewards with our awesome backers. In fact, we’re hoping to upload several goodies to the BackerKit site by the end of July (that is, this Sunday, July 31). If all goes smoothly, these items will include:

Now, to make the above items available to their designated backers, I’ll need to lock most of the final orders this weekend (preferably on Sunday morning).

If you haven’t yet had a chance to complete your survey, please don’t fret. As promised, I’m still planning to lock all remaining orders by Friday, August 12, which will give you two more weeks to send in your responses and updates.

I just don’t want to penalize the folks who have already completed their surveys by forcing them to wait another two weeks for the official fulfillment phase to begin.

To be fair, I’d initially intended to send out the BackerKit surveys by the end of June, which would’ve allowed me and Dan a full month to await the responses and prepare the July deliverables. Unfortunately, though, thanks to the perfect storm of family obligations and my insufferable perfectionism, I didn’t quite meet my own deadline. (Sorry again about that.)

Luckily, though, many of our wonderful backers have made up for my inadvertent delay by promptly responding to our surveys and finalizing their orders. In fact, since dispatching all 102 invites earlier this week, we’ve received 77 responses – roughly 74% of our backer pool.

Hence, to keep our campaign promises for the July deliverables, we’d like to lock most of the orders this weekend and send out the first round of rewards shortly thereafter.

So, if you haven’t yet answered your survey questions, finalized your order, and paid for any outstanding charges (such as failed pledges or international shipping fees), please do so as soon as you can. The more backers that complete the survey phase, the more rewards I can deliver on Sunday!

Of course, if you need more time, please feel free to take it. I promise I won’t lock any open orders until Friday, August 12, as originally promised. I’m just eager to deliver our digital rewards sooner rather than later.

Naturally, though, if you have any questions or concerns, please don’t hesitate to contact me via Kickstarter, leave a comment below this post, or send an email to lauramartone76@gmail.com.

Thanks, as always, for your support! Hope you have a terrific weekend!

Well, I learned a very valuable lesson from my last update: It’s best not to compose and send messages from your cellphone in the wee hours of morning, or else, you might accidentally duplicate a paragraph.

Apparently, even perfectionists like me need proper sleep. Who knew?! ;-)

Anyway, sorry about the goof. I hope it didn’t confuse you (or anyone else).

Okay, back to our spooky NOLA project. Once BackerKit approved our surveys on Friday evening, I emailed out a dozen smoke tests (one randomly sent survey for each active pledge level). These twelve backer surveys merely comprised the initial round – a way of ensuring that everything is clear and accurate before sending out the rest.

True, testing the waters on a Friday night wasn’t my smartest move ever, as emails tend to get “lost” on the weekends.

But that said, as of this afternoon, we’ve received eight of the twelve test surveys. We’re only missing those from the $1 (NOLA GOODIES), $45 (GHOST PACK), $100 (TAROT READING), and No Reward levels. If you received one of these test surveys, please complete it as soon as possible.

In the meantime, though, I decided to take a chance and, assuming all is indeed well with the remaining surveys, dispatched the rest just a little while ago.

So, please keep an eye on your email inbox and fill out your survey (which includes several pledge questions as well as your detailed invoice) as soon as you can. The sooner I receive all final orders, the sooner I can start sending out rewards.

Of course, if you don’t receive your survey in a few hours, take a look in your spam folder – and if you still don’t see it, promptly let me know.

Naturally, if you have any other questions or concerns, please don’t hesitate to message me via Kickstarter or leave a comment below this post.

I’ll be in touch soon with more info. Thanks again for your interest and support!

P.S. If you’re looking for another paranormal Kickstarter project, be sure to check out my colleague Gina Danna’s campaign, which celebrates the ten-year anniversary of Her Eternal Rogue, a Regency romance featuring an alluring English lady and a cocky vampire-pirate. If you’re as curious as I am about this enticing story, please help Gina reach her funding goal – and beyond!

I have some delightful news! Dan and I have finally completed the post-campaign surveys for our spooky NOLA project. Yahoo!

Besides giving you the opportunity to share any feedback with us, these surveys will allow you to finalize your order (including any add-on items, international shipping fees, etc.). Then, as soon as we receive all responses (hopefully by Friday, August 12, 2022), we’ll be able to lock down all orders and start the fulfillment process in earnest.

Now, please don’t panic if you have yet to receive your survey. Per BackerKit’s guidelines, creators must first initiate a smoke test before sending out all surveys. Essentially, this is BackerKit’s way of uncovering any potential issues or mistakes in the surveys prior to dispatching them to all backers.

In compliance, I performed the smoke test last night – which means that BackerKit randomly emailed out a dozen sample surveys (one representing each active pledge level). If you received one, please complete it as soon as possible – and let me know if you have any questions or concerns.

Once I’m sure that everything is good to go, I will send out all surveys – probably by Monday morning.

In the meantime, I hope you have a wonderful weekend! Thanks again for your support!

I hope you’re having a groovy week – and I hope, too, that you’ll forgive me and Dan for the inadvertent delay in sending out our backer surveys.

As with our recent Kickstarter campaign, this is our first time working with BackerKit, and thanks to my perfectionistic tendencies, I’m striving to get all the post-campaign essentials as “correct” as possible. So, thanks in advance for your patience with us.

Of course, when I published our last project update on July 1st – just prior to the Martone clan’s annual midsummer reunion in northern Michigan – I had every intention of sending out the surveys right after the holiday weekend. But given that Dan’s brothers had planned to stay up north until this past weekend, I should’ve realized that I was being too ambitious with my Kickstarter promises.

Though most American families use Thanksgiving and/or Christmas as a yearly excuse for major gatherings, the Martones have always had the Fourth of July, which is typically the only time each year we manage to get my parents-in-law, Dan’s two brothers, his four nieces, all related partners or pals, as well as me and my hubby in one place. And while we’re all together, it’s usually fun, hectic, and rather distracting for work-related tasks.

But please rest assured that we will send out the surveys soon.

In addition, over the next couple weeks, we aim to finish the following tasks:

In the meantime, though, please don’t hesitate to contact me with any questions or concerns you might have – and while you’re waiting for our next update, please check out our colleague Emma Shelford’s current Kickstarter campaign, Murder and Mozzarella, which ends in less than 50 hours.

Emma, a successful urban fantasy author, is launching a new culinary cozy mystery series – the Cheese Café Cozy Mysteries – under the pen name Michelle Ford, and Murder and Mozzarella is the first in this tasty new series. Set on a gorgeous Canadian island filled with zany characters, this entertaining novel features a cheese-centric eatery, a spirited gourmand club, a handsome local Mountie, and an amateur sleuth determined to solve the puzzling murder of her eccentric aunt’s next-door neighbor.

“Cheese is pungent,” the author says, but “murder stinks.” I happen to agree, which is why I happily backed this campaign – which offers both digital as well as physical rewards, from cheesy recipes and picnic planners to signed hardbacks and book-club packages. If this sounds like a series you might enjoy, I hope you’ll support it, too.

Well, that’s all for today, my friends. I hope you have a lovely rest-of-the-week, and I’ll be in touch soon!

I hope everyone’s feeling good and enjoying life these days.

As for me and Dan, we’ve spent the last two weeks juggling a number of projects – not the least of which has been prepping the digital deliverables for our eerie New Orleans campaign. Additionally, we’ve been working with BackerKit to set up all the post-campaign surveys, which we intend to send out next week.

But first, we’re celebrating the Fourth of July weekend with the Martone clan in northern Michigan. This holiday reunion has been an annual tradition since before I joined Dan’s family over two decades ago. For the past several years, however, we’ve incorporated a new facet to the festivities – a bit of my own childhood known simply as “a boil.”

Now, down in southern Louisiana, my family typically hosts crab or crawfish boils, but up north, we “settle” for some spicy shrimp, andouille sausage, and a plethora of produce, from corn, potatoes, and mushrooms to green beans, garlic, and pineapple. Dan – who’s both a terrific cook and a major fan of Cajun and Creole cuisine – always takes the helm for this particular meal. Not just because he’s the most qualified for the job (yes, even over me, a native New Orleanian) but also because he adores bringing a taste of the Big Easy to his parents, brothers, and nieces in northern Michigan. And luckily for us, they (and all their guests) seem to love this relatively new tradition just as much.

Of course, all of us also appreciate the homemade dessert that my talented hubby usually provides after each boil. Oftentimes, it’s one of his many different bread puddings (like the tiramisu version he plans to serve after tomorrow’s boil), but a few summers back, he created one of my all-time favorite desserts: an enormous, berry-filled Gentilly cake (the New Orleans version of a Chantilly cake). With any luck, I can convince him to make that again next year! Yum!

Having lived and traveled throughout the United States, I can attest that it’s often difficult to locate delicious New Orleans cuisine in any restaurant outside of southern Louisiana, but fortunately for me, I can always find some wherever my hubby happens to be!

Well, I should get back to the family. I trust that all of my fellow Americans have equally delicious plans for this summer holiday – and naturally, I hope all of our international backers have a wonderful weekend, too.

So, until the next update, have fun, be safe, and watch out for the dark side!